On the morning of 13th April, Changmin Jiang, the associate professor in University of Manitoba, presented a lecture of Single Sourcing vs. Multiple Sourcing: Empirical Evidence from the Airline Industry in the United States in 117, Weiyu building. Teachers and students in the Institution of Economics and Finance participated in the discussion.

After that, the professor presented the method and data using to run the research. Since a measure of disruption is required first, the professor divided the measure of disruption into adverse weather and non-weather delay. After calculating using the econometric model, we have several key findings. Multiple sourcing is a tool to pool risk and to induce suppliers’ effort under the disruption risk due to adverse weather and airport delay.Given that a route is outsourced to independent regionals, the network airline prefers diversified sourcing as the risk of disruption increases. Finally, the professor looked ahead by proposing whether the observations of the US airline industry can be applied to other industries. 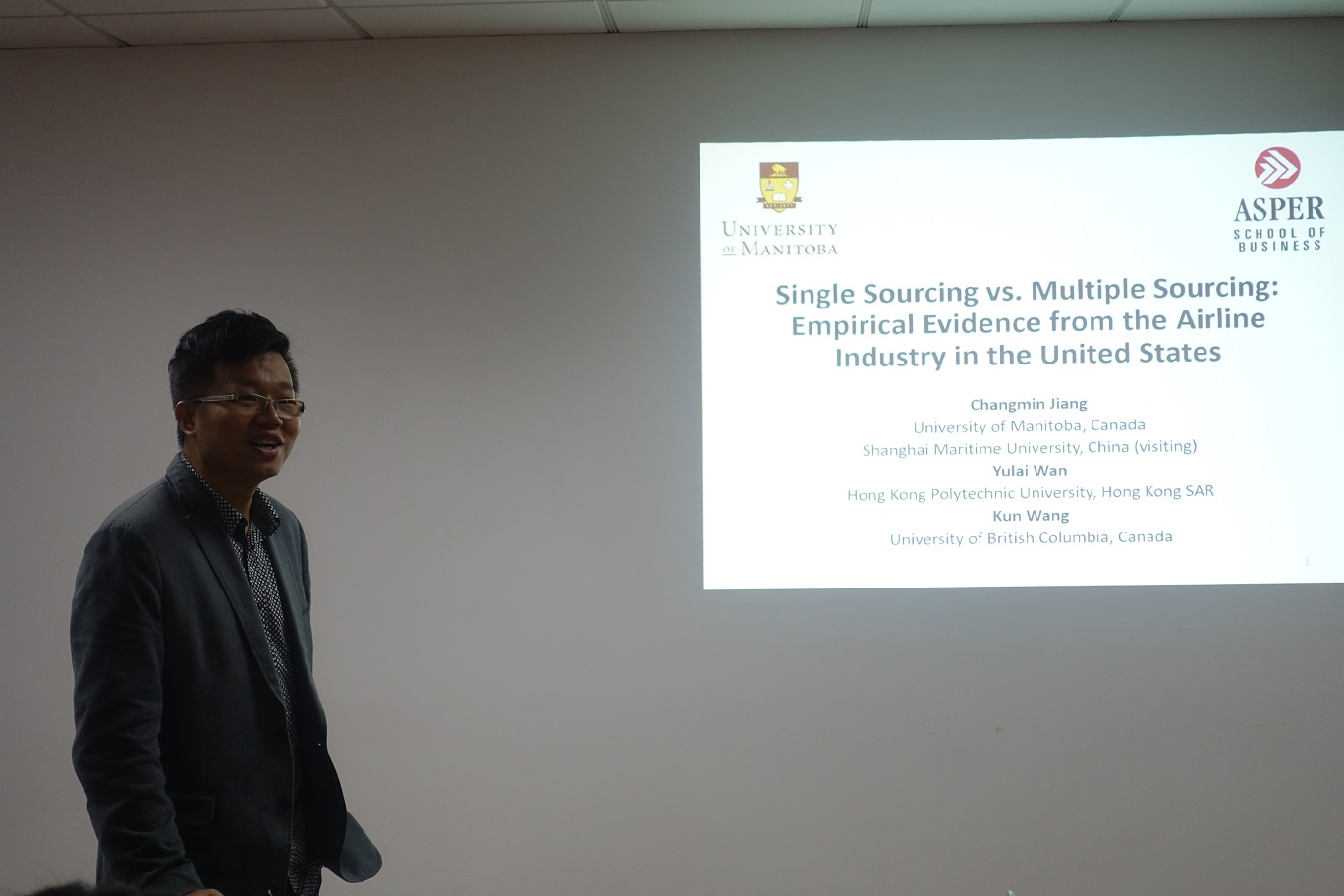