On the afternoon of June 8, Jia Pengfei, an assistant professor in business school of Nanjing university, delivered a report entitled The Macroeconomic Impact of Monetary-Fiscal Policy in a "Fiscal Dominance World” in 117, Weiyu Building. Dr. Jia Pengfei, who graduated from the university of Manchester in the United Kingdom in December 2017 with a doctorate in economics, once worked as a short-term researcher in the monetary and economic research department of the bank for international settlements (Basel). Dr. Jia is interested in open macroeconomics, monetary and fiscal policy and Chinese economy and so on. His independently signed article has been accepted by 《Macroeconomic Dynamics》 and will be published soon. Another cooperative paper was received and published by the top domestic journal economic research.

Professor Jia then introduced the equation of Fiscal theory of the price level and stressed the importance of this equation in macroeconomic research. The traditional equation MV = PY combines to arrive at a more complete method of determining the price level. Fiscal policy and monetary policy influence prices in different directions.

In the background part, professor Jia pointed out that we are likely to be in a world dominated by fiscal policy. In the developed world, government debt has increased rapidly, accounting for almost 100% of GDP. The second is the ageing of the population. The third is that after the financial crisis, raising taxes is increasingly impossible. The contribution of this article is to help policymakers find the best points for monetary policy under different conditions.

After that, professor Jia introduced the models of four market participants and obtained the conditions for market clearing. This condition is the Fiscal Theory of the Price Level we introduced before. 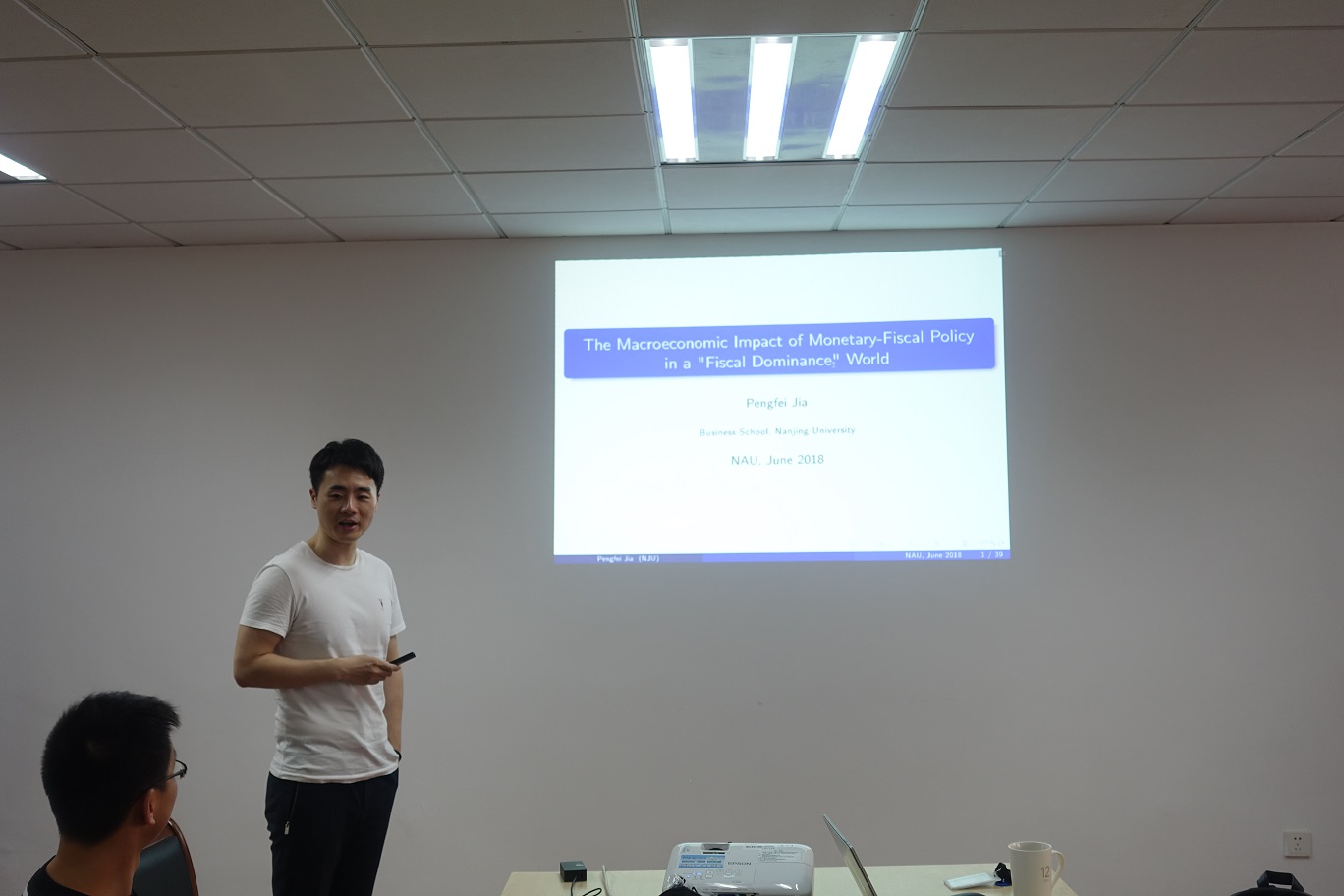