On the morning of June 29, Lixin Xu, chief economist of the world bank's research department, gave a lecture entitled “The Lasting Impact of the Taiping Rebellion” in 117, Weiyu Building.

The lecture begins with the incentive part of why the professor cares about the topic. Civil war is very important in development economics. A big focus in development economics is why some countries are rich and some are poor. As one of the most serious civil wars in Chinese history, the TP has a long-term impact on the population level and current development level.

By analyzing the data of prefecture-level cities from the Qing dynasty to the present, professor Lixin Xi analyzed that compared with the control group, the TP caused a large loss of permanent residents in the TP area. In this sense, TP influence can even be compared to the black death in Europe.

In addition, professor Lixin Xi also concluded that the TP area has greater financial capacity and the division of modern departments. The two ways of TP's influence are mainly the victimization and the enhancement of wartime financial ability. Unlike the emigrants, they will design a very reasonable tax system. Most of the early TP was an exile, and most of the late TP was a sedentary occupation. Under the victimization mechanism, the population recovers faster and the development is obviously better. Better land property rights, or closer to the capital region of the TP, after a century and a half, population to recover faster, higher income, financial ability is stronger, human capital is higher, a higher proportion of non-agricultural or manufacturing.

Finally, there is evidence that national capabilities and local institutions are complementary in wartime. The first step in the transition from poor to rich countries is known as the Malthusian transition. In the process, the population rose sharply and GDP remained unchanged. Famines and pestilence continue to cause population decline and return to a manageable population. The Malthusian period is still very long in Chinese history. In the post-Malthusian stage, the rate of technological change accelerated slightly, per capita income increased, and the population increased. The third growth model is modern growth, at which point the population basically stops growing. This is true of countries such as Western Europe. Furthermore, initial human capital is strongly associated with long-term development. The findings that the TP results in a sustained lower population level and stronger long-term development imply that this gigantic war facilitated the Malthusian demographic transition to Post-Malthusian and/or modern growth regimes via institutional development and the strengthening of fiscal capacity. 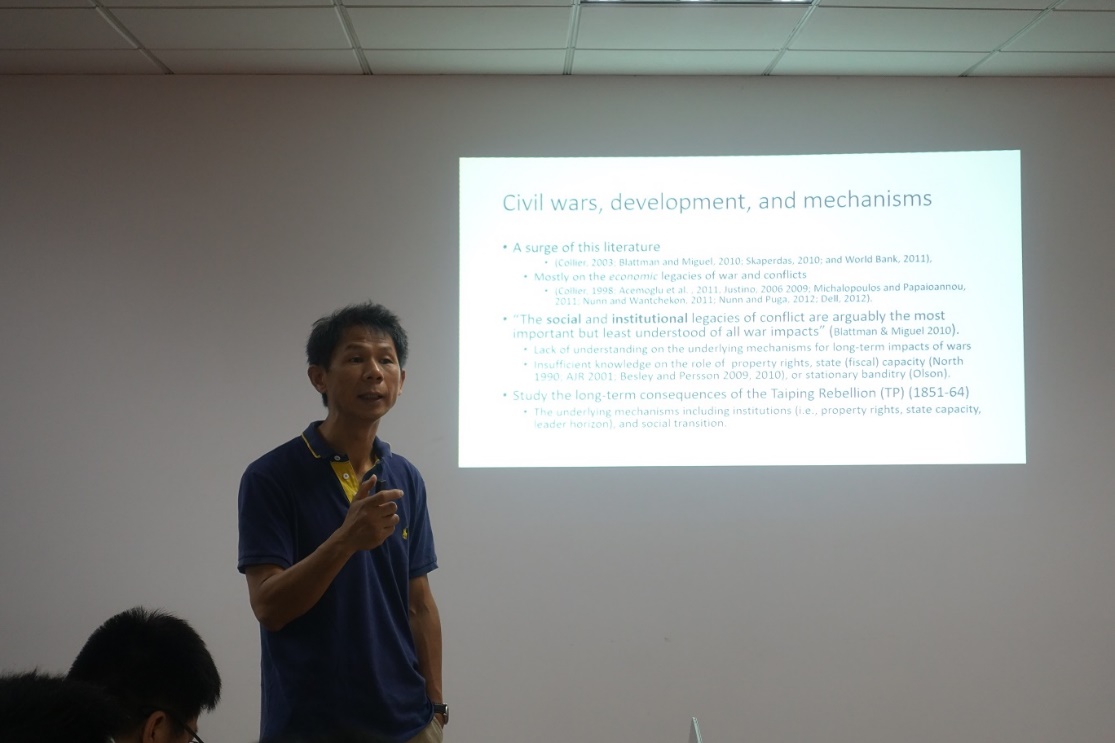