On the afternoon of September 11, Chen yu, an assistant professor of economics at the university of Graz in Austria, delivered a lecture titled " Government Intervention, Innovation, and Entrepreneurship " at Weiyu Building 117. Teachers and some students from the institution participated in the lecture and subsequent discussion.

The main feature and contribution of this article is the introduction of both government subsidies and budget constraints for government intervention. After that, professor Chen Yu introduced the construction of the model. Under this model, three kinds of situations were studied respectively, including the benchmark without intervention, indirect intervention and hybrid intervention. 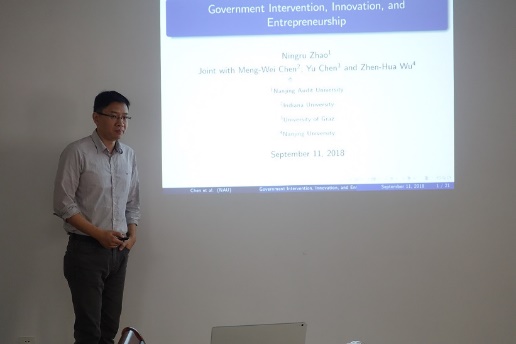